As I explained last week, there is a lot more local content than just music that I’ve been feeling recently. So – as promised – here is my non-musical accompaniment to last week’s list. Again: those in the know will already know most of these, but – in the immortal words of Fela Kuti – “who no know go know”.

If you have not gone to see Cornfields in Accra – the annual end-of-year exhibition of the KNUST’s Painting and Sculpture Department – happening now until the end of August (ignore the flyer date: it’s been extended) at the Museum of Science & Technology (opposite the Tigo HQ) – you’re really, really, really missing out. And next time, don’t miss the launch: it’s always busy, but the artists are on hand.

More than just listening to the podcast(s), I have watched the entire AccraWeDey movement for the past year or two, and – alongside Signatures and Swaye Kidd’s CulArtBlog (and each in different ways) – I really think they are the successors to what we were trying to do with DUST magazine back in the day: curating Accra in a manner that speaks as much to conscience and community as it does to style.

Others often focus solely on things that are shiny and largely inaccessible (think of all those write-ups you see in international newspapers talking about how Accra is the new cool, for example). They fail to capture Accra’s spirit and all the things that bring us together across all the other things that could divide us. Accra We Dey rise above all that to find depth, and I cannot help but be proud of their hustle.

At the launch of Issue Zero, Signatures’ co-founder – Jason Nicco-Annan – jokingly introduced himself as (being better known as) Julian (DJ Juls)’s little brother. I hope that mess is over now. Sure: Juls was in the mix, but every single page of Signatures jumps with the same attention to detail and eye for beauty, trends and movements that Jason possessed way before he was Associate Editor back at DUST.

Issue Zero was a good test run. Having heard a few rumours, I’m very much looking forward to Issue One.

Ending the post-DUST troika is Swaye Kidd’s CulArtBlog. There is more than one Accra, and Mr. Kidd seems the man most in touch with the one that I inhabit. I am pretty sure CulArtBlog has covered every single artist I featured on last week’s list. And more. If you are looking for what’s going on in underground Accra, CulArtBlog is a pretty good place to start…

… and AccraDotAlt is a good place to end. About a decade ago, there were a number of us who each set out to shape an alternative Accra to the mainstream before us. DUST was a part of that. SoulNMotion was a part of that. PY Addo’s Bless the Mic was a part of that. The Kweku Ananse Show on Vibe FM was a part of that. There were many more, but of all us, the last entity standing – if not stomping – is very much AccraDotAlt and we have all thrown our collective weight behind Mantse Aryeequaye and Dr. Sionne Neely’s brainchild and all its cultural fruit: Sabolai Radio, the Talk Party Series, and of course, the big one… like winter in Game of Thrones, Chalewote is coming. Peep the AccraDotAlt Radio blog too: the artist updates ahead of this year’s event are pretty dope. 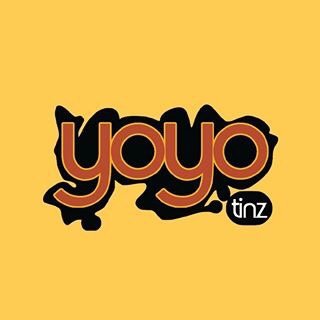 The recent Sarkodie & m.anifest beef was the best representation of the evolution of Ghanaian hip-hop/hiplife/GH rap (or whatever you choose to call it) into a genre that has begun placing as much emphasis on lyricism as it does on its ability to move your body. It was no surprise when YoyoTinz hosted a talk on the topic: they are the outfit who have done the most to champion the genre – past, present and beyond mere promotion – into something that is dissected, documented and discussed. 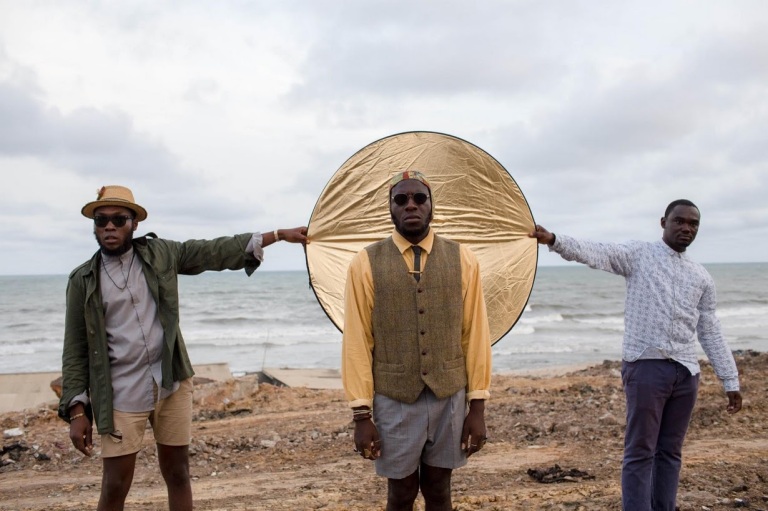 Another creative collective who have my attention and respect is the one including photographer, Francis Kokoroko; illustrator/graphic designer Sena Ahadji; stylist Mawuli Fudoglo; DJ Steelo; producer Yaw P, and more. Besides being better dressed than you, they have been curating some of the finest artists and talks of 2016 in the Osu-based studio around which they loosely operate.

One of my favourite art spots, Nubuke is all about recording, preserving and promoting Ghanaian art, and they have been supportive of younger artists and groups, including the Accra Theatre Workshop & Ehalakasa (Alliance Francaise Accra gets a shoutout for doing the same). The last time I was there, I saw the latter half of one of the best ever performances I’ve seen by the force, talent and majesty that is Poetra Asantewaa.

That event was organized by Nana Oforiatta Ayim who – in addition to her cultural research work with ANO Ghana – has been doing a magnificent job of making Gallery 1957 more than just a commercial art space, but a home for excellent programming around the younger, fresher faces of Ghanaian contemporary art.

Nuku Studio + The Beyond Collective

More than just taking pictures, photography is art too and there is probably no collective in Accra that is more of a testament to this than Nuku, whose workshops are as much about photography as they are about philosophy. Nuku’s Nii Obodai and Seton Nicholas also play roles in Beyond: a collective who have very much been in the business of setting new standards for art out here. I cannot wait for Beyond 3. 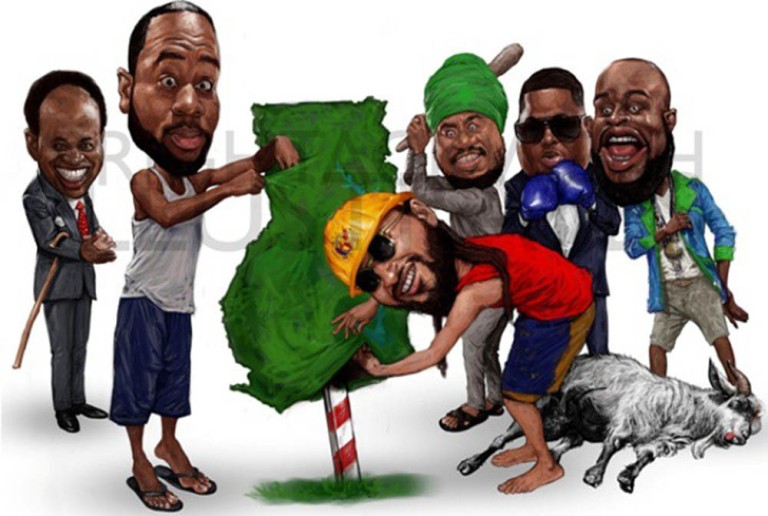 Attending the unveiling of this year’s Kuenyehia Prize with Mrs. A-G a few months back, we wanted Bright Ackwerh to win but we didn’t think he would. His art turns many industry conventions  on their head. Besides being digital in creation, understanding Ackwerh’s work often requires an understanding of Ghanaian popular culture and whatever topics are trending on local radio/Twitter. His works are thus far more accessible to the ordinary than they are to the elite or to any (career) appreciators of fine art. Not unlike the FOKN Bois, Bright’s work makes you laugh as much as it makes you think.

I let out a shout when Bright was announced the winner. And I really have to commend the Kuenyehia Prize (and its founder, Elikem Nutifafa Kuenyehia) not only for having the vision to award Ackwerh, but also for existing in the first place; for finding a way to support contemporary art. Not for personal profit but at personal expense and for the sake of community.

The three food & drink joints I’m in love with at the minute, particularly on holidays. I have spent almost everyday of my summer break writing (and randomly bumping into awesome people) at Kwae. While Republic will always, always hold a special place in my heart, Dedo Azu’s Tea Baa has become the place I’m most likely to DJ at (heck, I’ll be even there next Friday 19th). Oh, and while you’re there, make sure to pop in to The Shop by Eyetsa next door: purveyors of very dope ish.

Dedo and I share similar tastes in music. More importantly, there’s no dancefloor at Tea Baa: great for DJs like me who play sounds from off the beaten track and who don’t want dancers complaining because we’re not playing enough Lil’ This/That or whatever the hell else is popping on Billboard.

(Update: visited Zen Garden in Labone last night, and I have a feeling they too will be chopping my money soon).

… and as for the Restaurant-I-Refuse-to-Name, I’m deeply torn about letting people know about it lest people flock there and it ceases to be the hidden gem that it is.

So here we are.

The Thing My Crew & I Will Launch Next Week

Hints above and below, but – as of the time I’m typing this – it’s not next week yet.

So you’ll just have to wait.