I sometimes catch myself complaining that there isn’t enough going on in Accra; that any city really worth its wahala should offer more events and things to do. We should be spoilt for choice.

Well, be careful what you wish for. It seems the Universe is going to have a good laugh at my expense today as I spend my time trying to figure out how to be in three places at once:

Yup: Paapa is going to be revealing the hidden meanings to the lyrics from his album, ‘Songs for Kukua’. Rumor has it that Kukua is a reference to… Well, how about you come down and find out.

Going to be tricky leaving this one, seeing as Paapa persuaded me to DJ.

In case you haven’t heard any music from this gifted singer, check this out:

More info over at Accra[dot]alt.

Song of the Pharoah: a Modern African Play by Mohammed Ben Abdallah 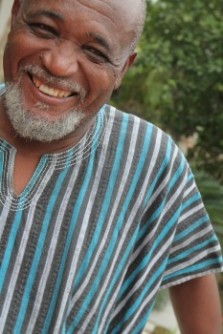 Arguably our finest living playwright, Mohammed Ben Abdallah will be premiering an excerpt from his new play, ‘Song of the Pharoah’ at the National Theatre tonight as part of the PANAFEST program:

‘Song of the Pharoah is a major new musical-dance drama that tells a story of love, incest, and betrayal, and of political and religious transformation in ancient Egypt.  It is a modern staged play that combines Ghanaian traditional musical and dance forms with an eclectic, creative blend of styles from Egypt and across Africa. The play mixes dramatic stage acting with various musical and dance forms. The story focuses on the rise and fall of the enlightened Pharaoh Akhenaten who ruled Egypt during a time of growth and artistic flourishing. It also tells the tale of his love for his beautiful wife Nefertiti and the family betrayals that shaped their rule and changed the history of Egypt and the modern world.”

I attended a rehearsal at the invitation of Jesse Shipley earlier this week and while I didn’t get the chance to see the bits involving betrayal, I certainly got an eyeful of love and incest. Dramatic stuff indeed.

It will be on at the National Theatre at 7pm tonight, while the play will premiere in its entirety on 12 September, and thereafter show on the 13th, 26th, & 27th of the same month.

So my favourite Ghanaian singer will be taking over my favourite bar in Accra tonight, apparently with the assistance of ‘airbrushable models’.

I don’t even know what that means, but it for damn sure sounds… well… interesting. These people seem to think that the picture above is the cover of her new album. Maybe she’ll let us all know.

Either way, the Republic still offers both the best drinks and the best vibe in town, and Efya is excellent live. I’ve been seeing less and less of her out about town, which (I hope) means that her album will be dropping soon. Or maybe she’s just doing more gigs abroad, like this:

Either way, I’m happy. Now I just need to figure out how to make it to all three of these events…