Sorry for the long silence: it’s been awhile since I felt moved enough by anything to do more than tweet.

This is the man who got those creative juices flowing again: 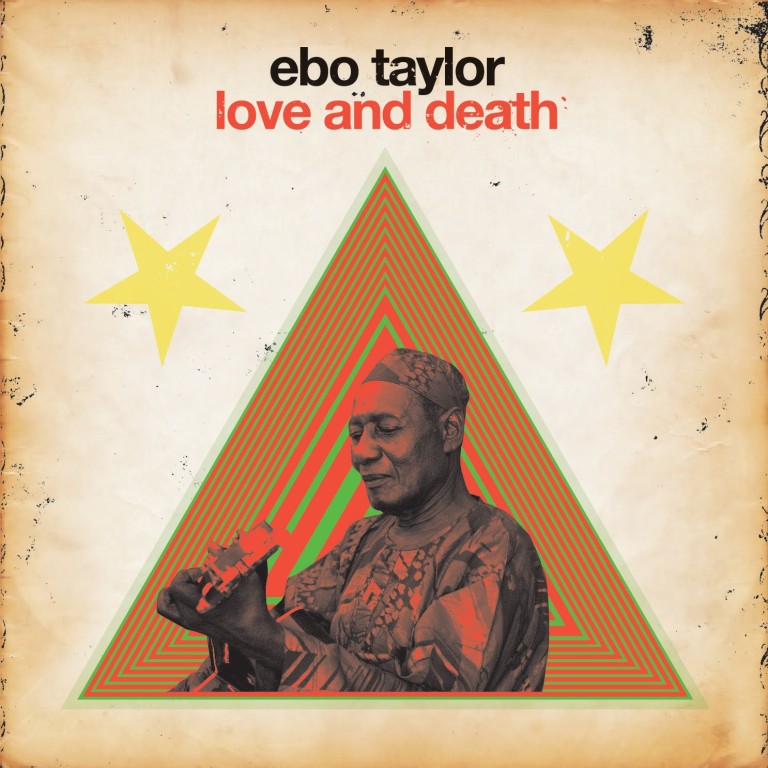 I was honoured to interview Ebo Taylor – one of Ghana’s true music geniuses – last week. He made mention of the fact that there’s been a resurgence of Western interest in ’70s afrobeat and highlife because of one thing:

According to Wikipedia, the musical – produced by Jay Z, Will Smith & Jada Pinkett-Smith (with my favourite musician, ?uestlove of The Roots, serving as Associate Producer) – “is based on events in the life of groundbreaking Nigerian  composer and activist Fela Anikulapo Kuti, depicting Kuti as the target of 1,000 soldiers determined to put an end to his public performances at the legendary Lagos nightclub The Shrine.”

All my friends in London and New York have seen it (*sniff*) and tell me it’s pretty damn awesome. The critics agree: it was nominated for eleven Tony Awards (the theater world’s equivalent of Hollywood’s Oscars), winning three.

It will probably be ages before we get to see it in Ghana (hell, Umoja took a decade to get here), so you may ask why Ghanaians should care. To quote the FOKN Bois…

We don’t really do things for higher purposes in modern Ghana anymore, do we? Honour? Love for our fellow man? These are dying concepts here in the face of the search for wealth. Money has permeated everything from politics to even religion… and art.

Most Ghanaian artists are trying to get paid. In fact, they will willingly hop on whatever trend is hot in order to sell (*cough* out *cough*) and get paid, be it singing in auto-tune, slanging in suspiciously Nigerian-sounding pidgin, signing up to corporate telecom deals (who cares that it actually limits the number of gigs you can play), etc.

Who can blame them? Even abroad, music sales are dying supposedly because of piracy (my mate Amelia thinks otherwise), much less here where there has never really been a complete music industry. In short, “artists no go fit chop art.”

Well. Ghanaian artists, here’s the prediction of one lowly music writer on what the next trend will be:

Ebo Taylor says Fela! has created serious demand for afrobeat music and helped to propel his new album, Love & Death to the top of world music charts in Europe, America and beyond. This is in addition to the royalties he is already receiving having been sampled by the likes of Usher.

For all their beats, how many Ghanaian producers (besides maybe Coptic) can boast of ever having received a paycheck from the American artists whose shoes they would do anything to polish… sorry, I meant be in?

I’m not saying don’t make music for Ghanaian audiences. Far from it. If that is your raison d’etre then please keep on keeping on: we appreciate it. If you’re in this for the money though, then listen very carefully.

I’m predicting that the Fela phenomenon will take on a whole other level now that one of my favourite actors, Chiwetel Ejiofor, has signed on to star in a biopic on Fela to be directed by award-winning artist and film director, Steve McQueen. If the movie is as good as it has the potential to be, expect Fela’s legend to spread even further and his music (and anything sounding like it) to sell even more than it is now. Hell, it’s already started.

It’s sad but true that we often wait for the West to tell us something of our own is cool before we accept it as such. So get ahead of the curve.

You have a choice:

Jump on the afrobeat wagon. Dig in the crates and listen to the music that came out of Ghana around the time of early CK Mann, Gyedu Blay Ambolley and such. Find and flip a dope sample, or – even better – study what made the music dope. Form a band and incorporate live music into your sound, like Blitz the Ambassador is doing (with his soon-to-drop album which features his band, The Embassy) as well as M3nsa (who has ‘The Light Offs’ Band… best band name ever, by the way) and Wanlov (with his the Afro-Gipsy Band). Make some original, dope music rooted in Ghanaianness because here’s the thing:

Westerners (whose money you want) are not interested in hearing replicas of their own sound from Africans. They want to hear what they don’t have and are willing to pay you for what they don’t even understand. A whole genre has formed around this called World Music where mostly white folk buy music from elsewhere in the world (hence the unfortunate genre name)… but it has to sound African.

Even K’naan didn’t blow up until he dropped something that sounded different from the standard hip-hop song.

Follow my prediction, make some funky-ass African sounding sh*t, get some of that world music money, maybe even crossover into mainstream markets and get PAID.

Or keep aping your American idols and gain fame at home, maybe even as far as Nigeria… but have no money until the telecom gods decide to smile on you. It’s up to you.

6 thoughts on “Afrobeat’s Return (aka. a small tip for young Ghanaian musicians)”