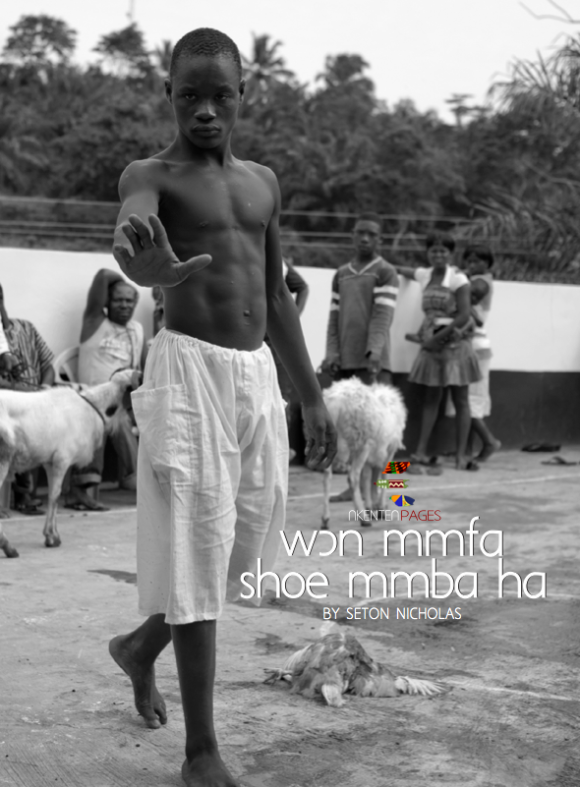 A few of you may already be following the new entity calling itself nKENTEn on any of its numerous platforms (Facebook, Tumblr, Twitter, etc). If not, I advise that you rectify that mistake with considerable quickness before you miss out on any more goodness.

Last week, nKENTEn put out its third ‘Page’: a photo story by my very good friend, Seton Nicholas. Entitled, ‘Wɔn Mmfa Shoe Mmba Ha‘ (which basically means ‘No Shoes Allowed Here’), it depicts some deeply spiritual goings-on back in 2011 at the Yaw Atia Shrine out in Mampong in the Eastern Region of Ghana.

In a country often in denial about the nature of its spirituality – both past and present – I found these images are stark, beautiful and very thought-provoking. You just might too.